EDO PEOPLE HAIL IGBINEDION FOR SPICING UP THEIR XMAS

EDO PEOPLE HAIL IGBINEDION FOR SPICING UP THEIR XMAS

Benin City, the Edo State capital has become the hub of social activities South – South of Nigeria with the opening of KADA Plaza, on the eleventh of November, 2013.
The imposing edifice strategically located at the 3rd junction axis of the ever-busy Sapele road was commissioned by the Patriarch of the Igbinedion dynasty, Chief Sir, Dr. Gabriel Igbinedion, the Esama of Benin Kingdom.
Ever since, the Plaza, famous for its cinemas and diverse entertainment sections, has become a Mecca of some sort as fun seekers from Edo, Delta, Ondo, Bayelsa and even Anambra states now throng the complex to catch fun and chill out.
Apart from being the first of its kind in the zone, the allure and attraction associated with the centre are compelling. The sprawling land mass  on  which the KADA Cinemas and Entertainment Centre is located with asphalt overlay takes perfect care of your cars as it has the capacity to accommodate over five hundred cars at-a-go. And on security, many visitors including expatriates have described it as water – tight. At night, the multi – coloured and exotic sparkling lighting system can only be likened to an experience in the Milky Way. All these combined to provide KADA Plaza an esoteric external aesthetics, thereby making the desire to enter the complex irresistible.
On entering, one is received by very courteous security men and women who professionally ensure  that no one goes around with harmful objects. With safety guaranteed, the liberty to fun unlimited is now yours. Right at the ground floor, just as you try to figure out if in paradise or planet earth, the central air – conditioner caresses you so smoothly that the worst of worries evaporates leaving you with a baby – like sensation.
The environment and its uncommon ambiance give practical expression to the much talked about El-dorado. No wonder then customers and visitors to the Plaza have dompared it to paradise.
To first callers, travelling on the escalator onto the first floor is always the first choice. But as you turn, the bumper cars and the state – of – the art games at the arcade compete for your attention.
The arcade boasts of state-of-the art games for children and adults alike. They include Soni All Start Race Game, Paradise Lost, Alien Extermination and Dance Central. Others are Bike Race, Basketball, Street Fighter, Ufo, Horse Ride among others.
For the sports bar, the rare wines and spirits perfectly complements the live – matches on the giant screens that dot every corner and angle. In as much as you try to make do with all these, only a man without  feeling can resist the aroma  coming  from the Chicken Combo, Grilled Beef Fillet, Spaghetti Bolognaise and the Sea  food Combo even as the chicken Schnitzel, Pepper Beef Skewer and many more all from the Sport Bar Kitchen appeal to your appetite.
Before the treat at the sports Bar, you must have winked an eye at the Zozo Café slightly apposite the sport Bar.
Having given yourself a treat at the Ground floor, it is now time to go up to the First Floor. But before that, remember the Automated Teller Machine (ATM) at the left hand corner if there is there is a need to replenish the pocket.
As you journey to the First floor, KADA Plaza provides you with three means of transportation. You could go by road (staircase), by air (elevator) or better still by rail (the escalator) to the Kung Fu (Inter – continental Chinese Restaurant) or to the Second floor for the cinemas. The uppermost floor houses the exclusive lounge. In all the floors, one common feature is customer satisfaction which is powered by well trained and courteous staff.
As the flagship service at the centre, Kada Cinemas boasts of 5 halls of 806 audience capacity including a VIP hall for audience who want to enjoy exclusivity. In the whole of West Africa, KADA Cinemas is the only centre with the latest movie projectors that play 3Ds and is registered with Universal Pictures, USA, Blue Pictures, Colombia Pictures and Sony,  hence, KADA Cinemas  brings to your viewing pleasure the latest films/movies across the globe months before they ever hit the market
Many who visited during the yuletide relived their experiences. According to a British National, Grill Jack, Kada Plaza is a refreshing experience”. For Madam Owie Comfort who claimed to have lived for thirty years in Spain, “Kada Plaza reminds me of the beauties of the city of Madrid”. According to her, KADA Plaza is heaven on earth.
For most parents, it was a hectic time pleading with their little ones to  go home as many who came in contact with the facilities and games never wanted to leave.
You might have missed out  for the Christmas and New year celebrations but the fun at KADA Plaza  has just been reloaded  for LOVERS’  DAY  or do you call it Valentine Day? Have a date with KADA Plaza, the place where Angels  love to be. 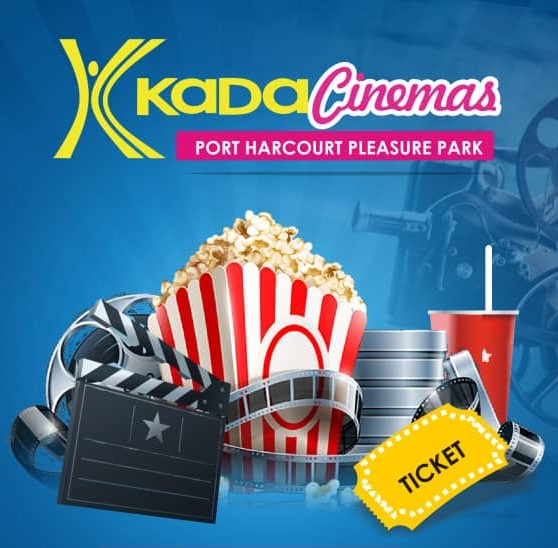 October 22, 2018 / 0 Comments
Kada Cinemas and Entertainment Centre © Copyright 2014 - 2022, All Rights Reserved
Powered by Husstorm Technology Ltd.
We use cookies on our website to give you the most relevant experience by remembering your preferences and repeat visits. By clicking “Accept”, you consent to the use of ALL the cookies.
Cookie settingsACCEPT
Manage consent